>
"On the coming into force of the 2008 Law it was necessary to implement a number of transitional provisions so as to provide pre-2008 Companies with sufficient time to make amendments to their Memorandum and Articles in order to be able to comply with the 2008 Law."
"The most important feature of the indemnity provisions was that they only restricted a company's ability to exclude liability or indemnify in connection with breaches of the 1994 Law and personal liabilities which could be imposed by the courts or which might arise to third parties in connection with the 1994 Law."
"Any indemnity which is drafted insufficiently clearly to carve out prohibited costs might be interpreted to be void in its entirety, thereby potentially giving rise to a loss of all indemnification for directors and officers."

Directors' liabilities and indemnities under The Companies (Guernsey) Law, 2008

As of 1 July 2008, The Companies (Guernsey) Law, 2008 (the "2008 Law") introduced a number of significant changes to the provisions of the constitutional documents i.e. the memorandum of incorporation and the articles of incorporation (hereinafter collectively referred to as the "Memorandum and Articles") of Guernsey companies. This briefing is intended as a guide for directors, company secretaries, other company officers and administrators in the investment, fiduciary and insurance sectors who administer Guernsey companies which were formed prior to 1 July 2008 ("pre-2008 Companies"), and who are considering amending the Memorandum and Articles of pre-2008 Companies that they administer in order to comply with the 2008 Law, with particular reference to indemnities for directors and officers under the 2008 Law.

Transitional regulations
On the coming into force of the 2008 Law it was necessary to implement a number of transitional provisions so as to provide pre-2008 Companies with sufficient time to make amendments to their Memorandum and Articles in order to be able to comply with the 2008 Law.  Sections 2 and 3 of the Companies (Transitional Provisions) Regulations, 2008 provided that provisions in the Memorandum and Articles of pre-2008 Companies which were not compliant with the 2008 Law would remain valid and enforceable until 1 January 2010. Recently, the Companies (Transitional Provisions) (Amendment) Regulations, 2009 have extended this time limit until 1 July 2011.

Effect of the 2008 Law on indemnities and liabilities
The extension of the time limit for pre-2008 Companies to comply with the 2008 Law has a significant implication for directors' indemnities. A number of law firms have offered a relatively low cost, volume service for the wholesale replacement of large numbers of the Memorandum and Articles of pre-2008 Companies. However, careful thought should be given to whether, particularly concerning directors' and officers' indemnities, it would be more beneficial for pre-2008 companies to retain the existing provisions in this regard until the deadline of 1 July 2011.  The reason for this is that the pre-existing legal provision for directors' liabilities and indemnities afforded much greater protection than the new regime under the 2008 Law.

The old position: indemnities for directors and other company officers under The Companies (Guernsey) Law, 1994 (the "1994 Law")
The 1994 Law rendered void any provision contained in the Memorandum and Articles or in any contract which exempted a person from or indemnified them against any liability for wrongful or fraudulent trading, or any other provision of the 1994 Law under which a personal liability could be imposed or incurred. This exclusion and prohibition extended to any person, not simply directors or other officers of a company.  Its purpose was to ensure, for example, in the event of a person being found liable by the courts for wrongful or fraudulent trading, that they could not claim an amount equivalent to any sum which they had been ordered to pay by the court back from the company under an indemnity and thereby avoid personal liability.

However, the 1994 Law permitted the purchasing and maintaining of insurance against such liabilities and allowed any indemnity to which any director or other person had been lawfully entitled prior to the inception of the 1994 Law to remain effective.

The most important feature of the indemnity provisions was that they only restricted a company's ability to exclude liability or indemnify in connection with breaches of the 1994 Law and personal liabilities which could be imposed by the courts or which might arise to third parties in connection with the 1994 Law.

Crucially, this allowed a company to indemnify its directors and other officers in respect of costs and other liabilities which might arise (for example in defending proceedings brought against them) and for directors and other officers to be indemnified by a company for matters relating to negligence, breach of common law or contractual duties not contained within the 1994 Law.  In practice, this means that the Memorandum and Articles of most pre-2008 Companies will contain an indemnity for any liability, including costs, except for matters involving fraud, wilful breach of duty or failure to exercise due care.

The new position: indemnities for directors and other company officers under the 2008 Law
The provisions of the 2008 Law enabling companies to indemnify are significantly different from those previously in force. In summary they are as follows:

The 1994 Law did not prevent a company from indemnifying directors in respect of general common law liabilities relating to negligence, default or breach of duty or the costs associated with legal representation (on a win or lose basis). However, exemptions and indemnities in respect of such liabilities of directors are rendered void by the 2008 Law.

A further important point is that the 2008 Law prohibitions refer only to directors and not to secretaries, other officers or persons generally, as under the 1994 Law. As such, the 2008 Law leaves directors in a particularly exposed position with regard to personal liability.

Directors' and officers' liabilities: key issues
The primary reason for which directors seek indemnities from a company and/or bespoke insurance is to cover the costs of defending legal proceedings brought against them personally in connection with the company's affairs. Such expenses can be very significant and are the personal responsibility of the director concerned.  Secretaries also have significantly increased duties and responsibilities under the 2008 Law which can give rise to personal liability, for example, in certain circumstances, secretaries can now be disqualified and be subject to fines or terms of imprisonment. However, curiously, as noted above, whilst the 1994 Law rendered certain exculpation or indemnity claims for any person (including a secretary) void, the 2008 Law only renders such provisions void for directors, and not for other officers or persons more generally.

A key issue for directors and administrators is that some types of ("directors and officers" or "professional indemnity") insurance policies do not provide for legal fees to be paid until the conclusion of a claim. This presents a cash flow difficulty for any company officers concerned who will have to fund any litigation personally until it reaches its conclusion. Litigation, particularly in cross-border claims, can often take many years to resolve.

Furthermore, as noted above, third party indemnities cannot cover the liabilities of directors to pay fines imposed in criminal proceedings or regulatory penalties in any event where those proceedings are lost. It would therefore be contrary to the 2008 Law for a company with 2008 Law compliant Memorandum and Articles to indemnify costs (or claim under insurance cover) payable by any director found liable to the company or associated company in the civil court, convicted of a criminal offence or subject to regulatory sanction. This would include any excess payable on an insurance policy.

Any existing insurance cover should be scrutinised to ascertain the levels and terms of existing cover in place.  In particular, the point at which any policy can be triggered and so commence to cover legal fees in any proceedings against a director or officer should be noted and the terms reviewed to clarify the cover that is available for costs which cannot lawfully be indemnified by a company or third party (including, for example, criminal and regulatory fines).

Any indemnity which is drafted insufficiently clearly to carve out prohibited costs might be interpreted to be void in its entirety, thereby potentially giving rise to a loss of all indemnification for directors and officers.  This is particularly important for secretaries, where indemnities could be rendered void in circumstances where they are drafted to include all of the officers of a company on a collective basis. This applies not only to the Memorandum and Articles, but also to any administration agreements which contain similar indemnities, and potentially to the terms of trusts which seek to exculpate or indemnify trustees for liability in their capacity as directors of subsidiary companies.

Attention should also be paid to any excess payable under an insurance policy. Excess sums may constitute an indemnity by the company in favour of a director and the director could remain personally liable for the excess, even if the insurance is covering the remainder of any claim.

What to do if you have 2008 Law compliant Memorandum and Articles
Consideration should be given as to whether a third party indemnity is merited, even if only to cover excesses payable on insurance policies, or to cover legal costs from commencement until the conclusion of a claim.

Summary
Administrators, directors and other officers of pre-2008 Companies should consider carefully whether amendment of the Memorandum and Articles in a wholesale fashion is appropriate at this time.  It is possible to retain the pre-2008 provisions concerning liability and indemnity of directors until the expiry date of the transitional period. As the transitional period has already been extended to July 2011, it is possible that it could be further extended, particularly as there are a number of other provisions of the 2008 Law which remain suspended and where there is lobbying for their repeal or amendment.

Whilst the 2008 Law contains a number of radical provisions which have taken Guernsey's corporate law forward, such as the ease with which a distribution or dividend can now be made from a Guernsey company, there remain a number of contentious issues which require careful consideration and, in some cases, resolution by further amendment. 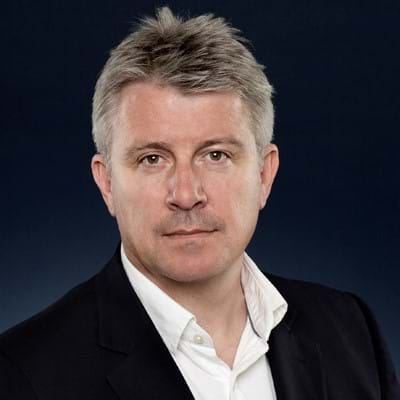