>
"the amount of pension income payable will be determined by the rules of the scheme in the context of a defined benefit scheme and by the size of the fund in the context of a defined contribution scheme, subject to the overriding requirement that the scheme must continue to pay pension income for the remainder of the member's life"
"The existing tax rules allow 30% of a member's fund value to be paid as tax-free lump sum payments. The Consultation Paper proposes an additional cap of £540,000 on the amount of this tax free lump sum."
"It is proposed that the current tax rules be revised to allow members to transfer their pension savings to overseas pension schemes. However, such transfers would be subject to a 10% tax."

On 8 October 2013, the tax policy unit of the States of Jersey issued a consultation paper entitled "tax rules applying to pensions and pension schemes" ("Consultation Paper").  The Consultation Paper seeks to modernise and simplify the current arcane rules concerning pensions provision under the Income Tax (Jersey) Law 1961, as amended, which are said to be "lengthy, complex and difficult to understand".  This briefing will outline the key proposals in the Consultation Paper.

This proposal will cover pension income payable to dependents as well.

Removal of contributions limit to pension schemes
Under the existing tax rules, an individual can only make pension contributions of up to the lower of £50,000 or his net related earnings per annum.  It is proposed that this cap of £50,000 is removed. However, the rules on tax relief will remain the same.  Therefore, individuals earning less than £150,000 will continue to receive tax relief on the lower of £50,000 or their related earnings in the year of assessment. For individuals earning over £150,000, the calculation of tax relief is more complex, but the maximum tax relief remains £50,000.

Ill-health
There will be a new definition for ill-health which mirrors the definition under the UK Finance Act 2004.

This would bring certainty as to when a pension holder who suffers from ill-health can commence drawing his pension before age 50.

Self-certification
It is proposed that a self-certification approval system will be introduced so that it will become the responsibility of the scheme manager to certify that the scheme meets the conditions of approval. Standard forms will be made available and the Taxes Office will issue approval status if the form is completed correctly and the requisite information is furnished.  However, the Taxes Office will then review a number of schemes on an annual basis to determine if they continue to comply with the conditions of approval.  Schemes that are found to be non-compliant will have their tax approval withdrawn.  Guernsey has already moved to a self-certification approval system.

It is further proposed that the payment of very small pension funds and the refund of contributions (prior to retirement) will be taxed at 10%, so that all lump sum payments from approved pension schemes will be subject to a 10% tax rate.

The Consultation Paper also seeks to introduce a lifetime allowance cap of £1.8 million on lump sum payments (which would include the 30% elected lump sum payments up to £540,000) made out of all approved schemes to either the pension holder or his estate.  The tax policy unit acknowledges that this proposal may incentivise pension holders to save in multiple pension schemes in order to maximise the amount of tax free lump sum they receive because, under the proposals, once benefits in respect of a scheme commence, all the payments made subsequently (including lump sums) would be subject to a 10% tax.

Taxation of non-residents
Currently, the Taxes Office offers a concession on taxation of pension income and lump sum payments where such payments are made to a person resident outside Jersey (including that person's widow, child or dependent) whose employment was carried on outside Jersey.  It is proposed that this concession be removed because as otherwise there is a risk that schemes will not comply with the requirement under UK's Pension Schemes (Categories of Country and Requirements for Overseas Pension Schemes and Recognised Overseas Pension Schemes) Regulations 2006 on the basis that non-residents would receive preferential tax treatment compared to residents.

Additional consultation topics
It is proposed that the following topics will be legislated for in summer 2014:

The above is a brief summary of the key proposals outlined in the Consultation Paper.  The Consultation Paper proposes various other amendments which are not covered above, which largely seek to enact the Comptroller's current practice in legislation.

The Consultation Paper is likely to have a significant impact on all existing Jersey pension schemes.  If you wish to understand more about any aspect of the Consultation Paper, and how your scheme would be affected by the proposed changes, or would like our assistance with putting together a response to the consultation, please do not hesitate to contact a member of Bedell's pensions team listed below. 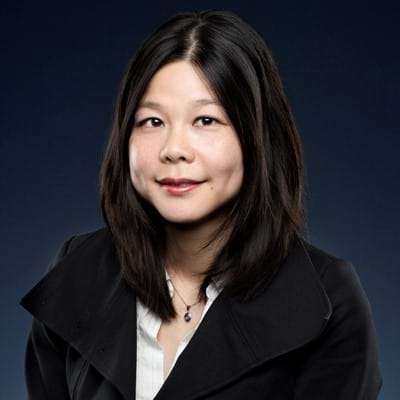