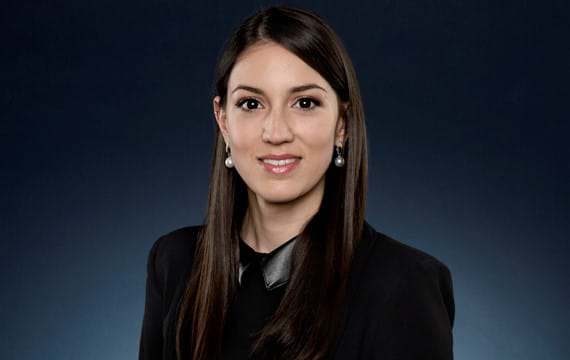 Jasmin joined Bedell in 2015, having worked previously as a lawyer on the east and west coasts of Australia. She is an Advocate of the Royal Court of Guernsey and also dual-qualified as a solicitor of the Supreme Court of Queensland/the High Court of Australia and as a solicitor in England and Wales.

Her practice involves advising leading onshore law firms, fiduciaries and high net worth individuals based worldwide in respect of a variety of commercial, insolvency and fiduciary fields. Jasmin has a keen interest in chancery work and great depth of experience acting for trustees, beneficiaries and protectors alike in contentious and non-contentious matters with an international element. Jasmin regularly assists with complex applications and trial work before the Courts in Guernsey and has also been involved in a number of confidential, high value mediations.

Jasmin's legal background in corporate transactional work places her in an ideal position to assist with related litigation. Jasmin is fluent in German having grown up in Austria.

Advocate Jasmin Davies, senior associate at Bedell Cristin in Guernsey, has been recognised as one of the top 35 private client practitioners under the age of 35 in the UK by eprivateclient.

Jasmin Davies, senior associate at Bedell Cristin, has been called to the Guernsey Bar following the completion of her advocacy exams.

Jasmin Semlitsch, senior associate at Bedell Cristin in Guernsey, and Sonia Shah, associate in Jersey, have been shortlisted for Citywealth’s Future Leaders Awards 2019. Both lawyers were also named in the Citywealth Future Leaders Top 100 list this year.

Bedell Cristin has been named as a finalist in two categories of the Society for Trust and Estate Practitioners (STEP) Private Client Awards 2019.

The Guernsey Financial Services Commission has released important guidance for private trust companies and licensed fiduciaries who administer them. The clarity and simplicity of licensing exemptions will be welcomed news for local industry and those lookin...

Jasmin Semlitsch, a senior associate at Bedell Cristin, has been named on eprivateclient’s Top 35 Under 35.

Bedell Cristin Senior Associate, Jasmin Semlitsch, has been named as one of the 2018 eprivateclient Top 35 Under 35s in the Channel Islands. This initiative is designed to identify, recognise, promote and introduce the islands' rising stars of the private c...

On 16 February 2018 in Re the Achilles Trust, the Royal Court granted - for the first time - an order setting aside a transaction made by a trustee of a Guernsey trust on the grounds of what has become known as the rule in Hastings-Bass - a jurisdiction int...

"Online fraud", "cyberattack" and "phishing" are just some of the buzz words making frequent headlines in the news and keeping business owners awake at night.

Bedell Cristin Guernsey has appointed a number of experienced lawyers to strengthen its teams and to support the continued growth of the firm.

On 4 September 2017 Lieutenant Bailiff Hazel Marshall QC handed down her highly anticipated judgment in Carlyle Capital Corporation Limited (in Liquidation) and others v Conway and others.

The presumption in Guernsey is that justice must be done in public. Accordingly, unless there is some exceptional factor in any particular case which means the interests of justice can only be served by conducting proceedings in private, all civil hearings ...