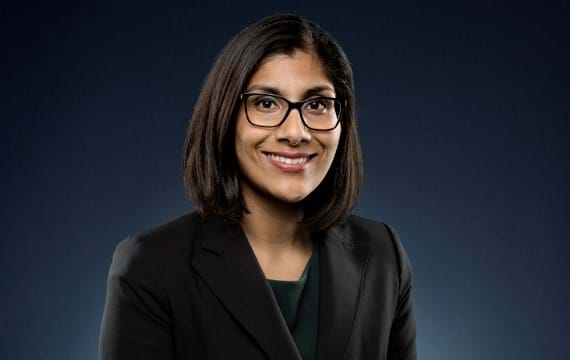 Sonia joined the firm in March 2016 from a legal firm in London. Her practice involves advising leading onshore law firms, fiduciaries and high net worth individuals in relation to trust, commercial, insolvency and regulatory matters. She acts for trustees and beneficiaries alike in contentious and non-contentious matters with an international element. She regularly assists with complex applications and trial work before the Royal Court and Court of Appeal in Jersey.

Sonia is part of the Bedell Cristin team which acts for the successful Plaintiffs, Cristiana Crociani and her daughters, in Crociani v Crociani, a $200 million breach of trust claim which has before the Royal Court and Court of Appeal in Jersey and the Privy Council.

Sonia obtained a BSc in Mathematics at Durham University and subsequently undertook the Graduate Diploma in Law and the Legal Practice Course at BPP Law School in London. Sonia completed her training contract at a London firm, before relocating to Jersey. She is currently undertaking the STEP Diploma in International Trust Management.

Jasmin Semlitsch, senior associate at Bedell Cristin in Guernsey, and Sonia Shah, associate in Jersey, have been shortlisted for Citywealth’s Future Leaders Awards 2019. Both lawyers were also named in the Citywealth Future Leaders Top 100 list this year.

After a further trial in the Crociani matter, the Royal Court has ordered the defaulting trustees to pay a further $33m into the Grand Trust, in addition to the $100m already ordered.

On 11 September the Royal Court handed down its judgment in Crociani & O'rs v Crociani & O'rs [2017] JRC146 in favour of the Plaintiffs, Cristiana Crociani and her minor daughters, following the trial, which ran from mid-January until early April 2017. The...

The English matrimonial courts have jurisdiction to vary a trust in accordance with domestic law. This is so, even where the trust is located abroad and governed by the law of another jurisdiction. Thus, 'nuptial settlements' (whether on-shore or off-shore)...