The deep freeze: the growing impact of sanctions on Jersey

The number of countries which are the subject of the EU’s targeted economic sanctions continues to grow, with over thirty countries now affected. This is having material consequences far outside of those states and organisations. Given Jersey's role as an international finance centre, it is inevitable that international sanctions are and will continue to impact upon Jersey's financial services sector.

The EU's response to the Ukraine crisis has been to pass legislation imposing financial sanctions on named individuals and businesses they believe to be responsible for the on-going situation in Ukraine (the "EU Ukraine Regulations"). These provide for restrictive measures directed against certain persons, entities and bodies which were perceived to be undermining or threatening the territorial integrity, sovereignty and independence of Ukraine. The EU Ukraine Regulations laid the groundwork for further targeted sanctions against Russian individuals and businesses (the "EU Russian Regulations").

In Jersey, the EU Ukraine Regulations have been implemented by means of the EU Legislation (Sanctions - Ukraine) (Jersey) Order 2014 on 3 December 2014 as subsequently amended and similarly, the EU Russian Regulations by way of the EU Legislation (Sanctions - Russia) (Jersey) Order 2014 on 12 December, 2014. Whether or not events in Ukraine prompt a further round of sanctions remains to be seen. However, what is more certain is that this is a rapidly expanding practice area which is here to stay.

Do trustees need to be concerned? With regard to the EU Ukraine Regulations, which are consistent with other EU regulations implementing international sanctions as applied in Jersey, the essential question is whether, on or after the coming into force of the legislation, any assets of a trust can be said to be "funds" or "economic resources" which are "belonging to, or owned, held or controlled by" a designated person.  If they can, they must be "frozen" and no person may "deal with" the assets.

Whether trust assets constitute a fund or economic resource of a designated person is not necessarily a straight forward question for a trustee.  Indeed, a settlor or third party reserved with a power to direct a trustee to pay trust assets to himself or to another person, or to direct the sale and investment of trust assets, may well fall within the meaning of "controlled". The reference to funds and economic funds simply being "held" shows that there is no need for the designated person to actually have any beneficial interest in the assets or title to the assets. Trust issues by their nature are rarely the same and will require careful analysis on a case by case basis. Given the complexity of these issues and the severe penalty for breach, trustees should take legal advice as early as possible with a view to avoiding any breach.

Bedell's dedicated sanctions team advises institutions, trust companies and individuals on the impact of sanctions both in relation to trust structures, funds and individual accounts. Noting the particular complexities which arise with trusts, the team comprises trust specialists and litigators.

For more information or any queries, please contact Mark Taylor or Henry Wickham. 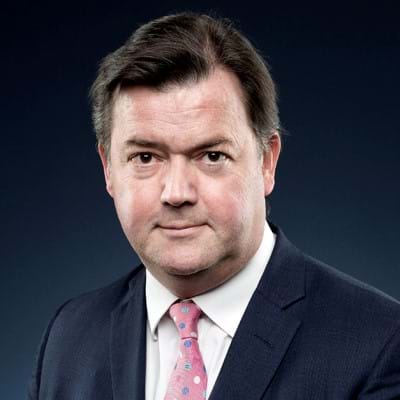