The recent decision of the Jersey Royal Court in Estate of the Late J.D. Hanson [2021] JRC 319 provides illuminating guidance on the scope of the sham trust doctrine. Whilst there are several strands to the case the sham trust ruling is of particular interest, especially the Court's comments on the importance of an actual intention to give a false impression to third parties or to the Court

The late Mr Hanson led a successful professional life as a partner and managing director of Arthur Andersen. He had complex private financial affairs, which included a 99% ownership of Creditforce Limited (a UK company).

Mr O'Leary, a successful investment manager, met Mr Hanson in the late 1970s. Mr O'Leary claimed that he had a continuous professional relationship with Mr Hanson, saw or spoke to him nearly every day and was regarded by him as his 'right hand man.' Mr O'Leary was also a director of Creditforce from 2008-2017.

In 2004, Mr Hanson purportedly settled the SR Charitable Trust (the "Trust"). The trustees were Mr O'Leary, Miss Bonney (an accountant to Creditforce) and Anchor Trust Company Limited ("Anchor"), represented by Mr Shelton. The assets settled into the Trust were the shares of a Jersey company, Arbitrage Research and Trading Limited ("ARTL") which became a substantial company with assets worth approximately £30 million. Mr O'Leary was appointed as director of ARTL in 2004.

Who was the settlor?

In 1996, ARTL issued 1,010 B shares to Miss Holt (Mr Hanson's then girlfriend, a US resident) for £1,449,443. To fund the purchase, Creditforce advanced Miss Holt assets by way of a loan (although, at least initially, these assets actually remained under the control of Creditforce). Her acquisition of the shares resulted in no economic benefit to her and, when she ceased to be US resident, she was directed to sell the shares to a Miss Ruddick (another US resident) for £1 (even when they were worth several million).

Both Miss Holt's and Miss Ruddick's evidence suggested that they knew very little about the transactions taking place and that the transfers lacked any commercial rationale. However there was clearly a UK tax benefit to the shares being held by non-UK residents. The Court ruled that both Miss Holt and Miss Ruddick were directed by Mr Hanson, with the shares being held by them as Mr Hanson's nominee.

At around the same time, ARTL issued 1,980 of its shares to Creditforce which subsequently settled them onto the Trust in 2005; transactions which were apparently arranged by Miss Ruddick. However, the Court ruled that there was no evidence that Miss Ruddick had any understanding of these transactions, and that she was simply doing what Mr Hanson directed her to do.

Evidence revealed that Mr Hanson continued to regard both ARTL and the Trust as his own assets after the Trust was established. For example, documents prepared in respect of Mr Hanson's financial affairs referred to him owning various investments through ARTL (when in fact they were owned by the Trust).

Despite the fact that the Trust was purportedly charitable, there were no dividends paid to the trustees of the Trust from ARTL during its lifetime in order for it to make charitable payments.  ARTL instead made several loans and payments in order to benefit Mr Hanson's own personal and business interests. Of particular note were the 25 payments paid by ARTL (at Mr Hanson's request) to benefit his then girlfriend in refurbishing her home, totalling £393,796.61.

The plaintiffs (being the estate of the late Mr Hanson and Creditforce) claimed sham, seeking declaratory relief and equitable compensation or damages.

Before there can be a finding of sham, there must be proof of the Settlor's intention:

In the leading Jersey case of Re Esteem Settlement [2003] JLR 188, it was ruled that in both cases the intention had to be shared by the trustees, although as to (1), it was sufficient if the trustees had gone along with the settlor's intention without knowing or caring what they had signed in creating the trust. As to (2), however, it appeared that reckless indifference was not enough. There needed to be evidence that the trustees, like the settlor, actually intended to give a false impression.

It is unusual for this evidential issue to arise before the Jersey Courts. However, in this case there were three trustees party to the trust instrument and the Court was therefore required to consider the state of mind of each of them in addition to the settlor.

The Court considered submissions for the plaintiffs, relying upon English authorities which, they argued, resulted in a different approach. Such cases suggested that it is possible to infer an intention to mislead third parties from mere indifference to the terms of a trust instrument.

For example, in A v A [2007] EWHC 99 (Fam), it was ruled that "What is required is a common intention, but reckless indifference will be taken to constitute the necessary intention.” Similarly, the decision of the High Court in Pugachev [2017] EWHC 2426 has been considered in various commentaries and the Court had regard to the article by Brightwell and Richardson (2018) 24 Trusts and Trustees 398, 403-404 where it was stated that "in that the trustee goes along with the settlor’s intention without knowing or caring what it signed, it is also clear that the parties must also have dishonestly intended to mislead third parties in some way.”

Despite these submissions, the Jersey Court regarded such indifference as only being sufficient to prove the first element of the settlor's intention, but not the second, i.e. the intention to give a false impression to third parties or the Court.

In respect of Mr Hanson, the settlor, and Mr O'Leary, the "lead trustee", the Court had no doubt that the Trust was set up to shelter assets that Mr Hanson regarded as his own from UK tax. Neither party intended for the Trust to be genuinely charitable and both had held the actual intention necessary for a finding of sham. However, for both Miss Bonney and Mr Shelton, it was held that, although they were both recklessly indifferent to the terms of the Trust, there was not sufficient evidence to find that they intended to give a false impression to third parties or the Court as to the nature of the Trust. Therefore, there was no sham.

Despite ruling that there was no sham, ultimately the Court ruled the Trust was invalid on its terms (a separate strand to the case). However, the Court's comments in respect of sham are illuminating. The case affirms the importance of establishing actual intention to give a false impression, on the part of all trustees. Whilst the Court conceded that "a uniform approach to the invalidity of a trust on the grounds of sham is a desirable one", it still dismissed the interpretation of English authorities that reckless indifference could amount to constructive intention to give a false impression.

Whilst this arguably suggests that the burden of proof in respect of a sham claim could be higher in Jersey than in other common law jurisdictions, the Court also commented on the importance of legal certainty, i.e. that third parties are entitled to rely upon the sanctity and validity of a trust instrument. For this reason, mere indifference to a trust instrument's terms is not enough. As a matter of public policy, it is necessary for intention to be subsequently proved, because there should be an expectation that a trust validly executed in Jersey will be enforced.

Jersey as a jurisdiction must be seen to take sham trusts seriously. However, legal certainty is clearly a vital component of the trust industry in Jersey and its reputation. This case provides reassurance that at least for the time being in Jersey, the validity and sanctity of a trust instrument will be upheld unless exceptional circumstances apply and actual intention to give a false impression is proven. 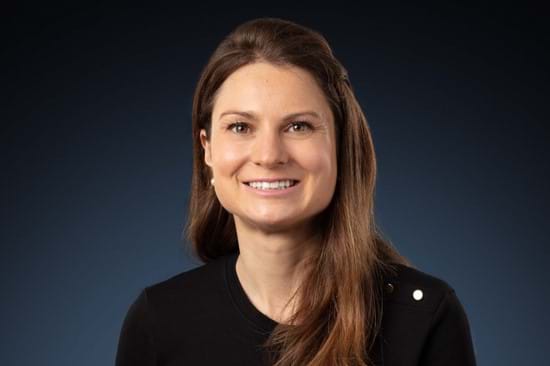