In Crociani & O'rs v Crociani & O'rs & Camilla de Bourbon des deux Siciles [2014] UKPC 40 ("Crociani"), the Privy Council has delivered a significant ruling which will have far reaching effects for trust lawyers (both contentious and non-contentious) all over the world. Bedell Cristin acted for the successful Respondents in the appeal.

The Jersey proceedings
The Jersey proceedings (issued in January 2013) involve breach of trust claims to recover funds and assets believed to be worth in excess of USD $100 million removed from a trust created in 1987 called the Grand Trust. The impugned transactions principally took place between 2007 and 2011 while the Grand Trust was governed by Jersey law and administered by the First to Third Appellants, including a Jersey professional trustee, BNP Jersey. By a deed dated 10 February 2012, the First to Third Appellants purported to retire as trustees of the Grand Trust in favour of the Fourth Appellant, Appleby Mauritius, and to change the proper law of the trust to that of Mauritius ("the 2012 Retirement"). The validity of the 2012 Retirement is challenged in the proceedings.

The Mauritius proceedings
In March 2013, the Appellants applied ex parte to the Supreme Court of Mauritius on the basis that, pursuant to the 2012 Retirement, the Grand Trust was now governed exclusively by the laws of Mauritius. By the relief sought by the Appellants in the Mauritius proceedings, they seek that court's approval of their actions which lie at the heart of the Respondents’ breach of trust action in Jersey.

The Royal Court decision
On 2 October 2013, after a hearing lasting three days before a Royal Court presided over by Commissioner Clyde-Smith, the Royal Court refused the Appellants’ application to stay the Jersey proceedings on the ground of forum non conveniens. The Appellants applied for permission to appeal against this decision.

Construction of Clause 12
Clause 12, which the Appellants contended was an exclusive jurisdiction clause in favour of Mauritius, gave the trustees the power to appoint new trustees in another jurisdiction and to declare that the trusts shall be read and take effect according to the laws of the country of the residence or incorporation of the new trustees. If this power was exercised, the critical part of the clause went on to provide that: "… thereafter the rights of all persons and the construction and effect of each and every provision hereof shall be subject to the exclusive jurisdiction of and construed only according to the law of the said country which shall become the forum for the administration of the trusts hereunder."

In the Royal Court decision on forum, it held that the clause did not, on its true construction, amount to an exclusive jurisdiction clause in favour of the Mauritius court but that, even if it did, there existed exceptional circumstances justifying the refusal to stay the Jersey proceedings and it would, to the extent necessary, exercise its discretion to do so on that alternative basis. The Appellants sought leave to appeal to the Court of Appeal contending that the Royal Court had erred both in its approach to construction and in terms of its assessment of how its discretion ought to be exercised when departing from the application of the clause.

The Privy Council decision
Following a two day hearing which concluded at the beginning of October 2014, the Privy Council have advised that the appeal from the decision of the Court of Appeal should be dismissed.

In the judgment delivered by Lord Neuberger, the Privy Council preferred the Respondents’ arguments on the proper construction of clause 12. Firstly, the reference to "the forum for the administration of the trusts hereunder" did not make the courts of Mauritius from that time the only locus in which such disputes could be resolved; it merely referred to the place where the trust was to be administered. Secondly, the reference to "exclusive jurisdiction" did not make the courts of Mauritius the only locus in which disputes from the time of the appointment of the Fourth Appellant, Appleby Mauritius, could be resolved. Rather it meant that the governing law applies to all aspects of the trust.

Trust jurisdiction clauses: the correct approach
Having preferred the Respondents' arguments on the construction of clause 12, it was strictly unnecessary for the Board to go on to consider whether, even if Clause 12 conferred exclusive jurisdiction in favour of Mauritius, the proceedings in Jersey should be permitted to proceed. The Board nevertheless expressed its views on this issue which raises a point of some interest.

However, preferring the Respondents' arguments, the Privy Council in Crociani have confirmed that in the case of a trust deed, the weight to be given to an exclusive jurisdiction clause is less than the weight to be given to such a clause in a contract. In so holding, the Board confirmed the principle that while a beneficiary who wishes to take advantage of a trust can be expected to be bound by the terms of the trust, it is not a commitment of the same order as a contracting party being bound by the terms of a commercial contract. This resonates and, in effect, endorses the approach taken by the Deputy Bailiff (as he then was) in EMM Capricorn Trustees Ltd v Compass Trustees Ltd [2001] JLR 205, where the Royal Court held that an exclusive jurisdiction clause in a trust deed should not be given the same weight as one in a contract. Applying the correct approach in the context of this case, the Board considered that, even if Clause 12 had conferred exclusive jurisdiction on the courts of Mauritius, no stay should be granted in respect of the proceedings in Jersey, not least because the great majority of issues in the case would need to be decided under Jersey Law.

Significance for contentious and non-contentious trusts lawyers
In Koonmen v Bender [2002] JCA 218 ("Koonmen"), the Court of Appeal in Jersey had previously construed the term "forum for administration" in a forum dispute (where the contest lay between Jersey and Anguilla) as conferring jurisdiction on the courts of Anguilla for contentious trusts disputes. This decision, relied on heavily by the Appellants in the present case, has attracted much criticism. The Court of Appeal in Crociani recognised and endorsed the validity of this criticism on the basis that, although the term "forum" may sometimes have a meaning associated with a court, it does not always have that meaning. It may simply refer to the place where trusts are administered. The Privy Council's decision in Crociani re-confirms this. The Koonmen decision may now conclusively be regarded as bad law in this regard.

Clauses in trust documents designed to prescribe that the courts of a particular country shall have exclusive jurisdiction over all disputes are relatively uncommon. Yet, if the intention is to confer exclusive jurisdiction over all trust disputes on the courts of a particular country, the Crociani litigation underscores the need for clear and simple drafting in order to realise that intention.

Furthermore, in light of the Privy Council's decision, it is now clear that, even where an exclusive jurisdiction clause is successfully created in a trust instrument, the weight to be given to it is less than the weight to be given to such a clause in a commercial contract. The impact of the Privy Council decision in Crociani is clear. As well as binding all Jersey courts, the decision requires trusts draftsmen and litigators in all jurisdictions to carefully reflect on and review the use and effect of exclusive jurisdiction clauses in trust instruments. 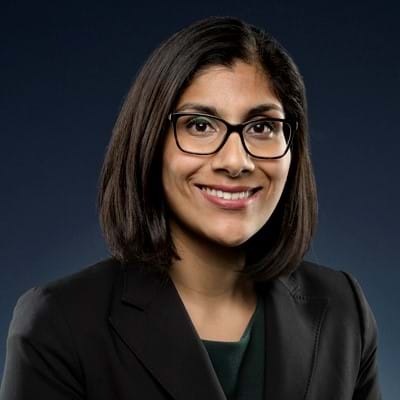