In the last 18 months, the Royal Court of Jersey has handed down two important judgments in relation to asset protection
on divorce. In both cases, settlor-friendly, asset-protection decisions made by trustees, which might once have been
considered reasonable, were either set aside or not blessed.

Here, we look at the relevant cases and consider what this emerging trend might mean for settlors and trustees going forward.

Accordingly, the wife requested that she be added as a beneficiary by name, such that her eligibility to benefit from the trust was not dependent on her status as spouse. The trustee denied her request. The trustee did, however, acknowledge that support from the trust would be required to meet any award made in favour of the wife by the English matrimonial court. The trustee asserted that it would therefore add the wife as a beneficiary if the husband were to die before proceedings were completed in order that provision can be made for her, but that it did not consider it necessary to do so at this stage whilst she was a beneficiary and any financial award could be made under the current terms of the settlement.

The Court found in favour of the wife and set aside the decision not to appoint the wife as a beneficiary. Some key considerations in reaching that decisions were that the trustee had accepted that the wife would be appointed should the husband die and that, in the circumstances, holding the wife in a state of uncertainty was not something that any reasonable trustee would do.

It was noted that she was already a beneficiary (as the settlor’s spouse) and so her addition by name would cause no disadvantage to the other beneficiaries. This “pro-spouse” approach was demonstrated again in the case Representation of Ocorian re the V Trust the W Trust the X Trust and the Y Trust [2021] JCR 208.

In this case Ocorian sought the Court’s blessing of momentous decisions on behalf of four trusts which it administered for one family (the “Trusts”). The beneficiaries of the trusts were the first respondent B, his wife (“C”), their son and daughter (“D” and “E” respectively). In an attempt to insulate the assets of the trusts from claims from future spouses, the trustee sought to remove the spouses, widows and widowers of B and C’s children and remoter issue from the beneficial classes of the Trusts, and to create a new trust to hold circa £7.5m for the benefit of the newly excluded beneficiaries, along with B, his spouse or widow and children. The new trust would be on identical terms as the Trusts save for the power to add beneficiaries as the Trusts do not contain the power to add beneficiaries.

The trustee asserted that the decision to exclude would be within the range of reasonable decisions on a number of grounds, including that the beneficiaries were not yet ascertainable and it would be some 30-40 years before they would stand to benefit in any event.

However, the Court felt that there were certain aspects of the proposal which raised unanswered questions. In particular it was not clear how in practice the proposed new trust would work. For example, is the new trust only intended to be used to fund claims being made by spouses, or should it be used to provide benefits for them? How should the assets be held, in cash or other forms? What happens if there are no marriage breakdowns in 30-40 years’ time? Would the power to add new beneficiaries dilute the interests of the spouses?

The Court acknowledged that the trustee’s decision would not have been vitiated by any conflict of interest and that it has acted in good faith. However, ultimately the Court was left sufficiently uncomfortable as to the reasonableness of the decision given the unresolved issues that it declined to bless it. The Court did highlight that this is not the same as prohibiting the trustee from implementing its decision. They simply did not see fit to endorse it and release the trustee from any potential future liability in respect of it.

Key take-away for settlors and trustees

These cases highlight that trustees need to think carefully before taking a settlor-friendly approach in the context of divorce or matrimonial claims in respect of the settlor or other beneficiaries.

The Court will consider the interests of all beneficiaries seriously before decisions are made which might prejudice their interests. The cases also illustrate the importance of giving consideration to the beneficial class when establishing trusts, as it may be difficult to change the beneficial
class without giving rise to potential risks further down the line. 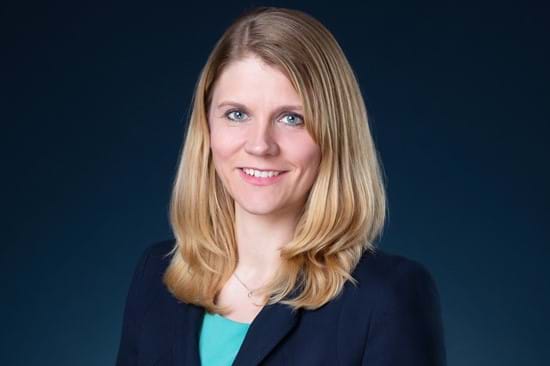