Knowledge Lawyers beyond the jurisdiction

The Courts of Jersey deal with some very complex, specialist and high value claims.  Even the largest and most specialised litigation departments on the island find themselves unable to adequately recourse certain aspects of such claims and inevitably need to draw on the huge wealth of talented specialists at law firms (in London and elsewhere) and the English Bar to assist.

This makes perfect sense, given that parts of Jersey's legislative regime, for example certain aspects of company law, are similar to (or modelled on) equivalent UK laws.  And because the UK judicial system is much larger than Jersey's, the judgment library is vast, and therefore the practitioner experience is equivalently broad.

However, the benefits of drawing on English legal experience for use in Jersey proceedings must be viewed against the well-worn dicta[1] of Bailhache Bailiff (as he was at the time) that "… Jersey is not, and never has been a colony to which the corpus of English law has been exported…".

This theme manifests itself throughout the Jersey legal system, including who has, and does not have, rights of audience in Jersey Courts, the fact that the Legal Aid burden is shared on a rota basis, amongst those who have gained rights of audience, and how the fees of lawyers outside the jurisdiction (who do not have rights of audience unless admitted to the Jersey Bar, which is a process not for the faint hearted) are viewed.  A recent case presided over by the Deputy Bailiff highlights a point worth bearing in mind for Jersey practitioners and their onshore support, when it comes to what can be reasonably claimed from an opponent on a taxation of legal costs and the caution parties must take in the preparation of their bill of costs.

The starting point of the Rules[4] is to allow costs after taxation on the standard basis, unless the Court considers otherwise[5]. The standard basis is described as[6]:

Chargeable costs are categorised as either direct cost ("Factor A") or care and conduct ("Factor B")[7]. Factor A encompasses any time which was reasonably done arising out of or incidental to the subject proceedings and is fixed at rates which are intended to cover the salary and overheads of each practitioner, such as taking instructions, interviewing witnesses, correspondence with other parties, drafting pleadings and affidavits, negotiations and hearing preparation. Factor A costs are determined by the Court, and are published as a separate practice direction and are updated from time to time[8].  As it stands, for example, the Factor A hourly rate of a partner is £275, and the hourly rate for a paralegal is £100.

Factor B is a somewhat more amorphous component than its Factor A counterpart, 'reflecting all the relevant circumstances of the case', and is applied as an uplift to the Factor A rate.  Chargeable line items can attract different Factor B rates, dependent on whether the charge concerns Interlocutory attendances, conferences or taxation ("B1") or preparation and attendances at trial or hearing ("B2"). Helpfully the practice direction provides guidance; the norms for a B1 and B2 uplifts are 35% and 50% respectively.  Where a party is seeking a higher uplift then it is necessary to articulate the rationale and only in cases which can be described as 'exceptional' will attract an uplift of 100% or more.

The Rules deal specifically with 'advice obtained from or work done by lawyers outside the jurisdiction'.  Generally, such costs are permissible, but they are caveated and are dependent upon whether the chargeable time was for work which either could, or could not, have been undertaken by a Jersey lawyer.

So what are the rules relating to the recovery of overseas lawyers?  The leading Jersey case on the recoverability of the legal fees of non-jurisdictional practitioners is that of Incat Equatorial Guinea Limited v Luba Freeport Limited[9], which concerned an appeal against a decision of the Greffier who, on a taxation allowed the recovery of English lawyers' costs which the appellant described as "duplication and wholly unnecessary expense"[10].  All grounds of appeal were dismissed.  Birt, Bailiff as he was then, commented that the work that could be undertaken by a Jersey lawyer included ' …preparing a witness statement, drafting a pleading …'[11] and as such if a foreign lawyer was doing this work, their rate would reflect the Jersey Factor A, with the relevant Factor B uplift (B1 or B2 as the case may be).  On the other hand, legal work ' … which in the context of the proceedings, could not reasonably have been done by a Jersey lawyer … is not related to a Jersey lawyer’s fees; it is simply what is reasonable'[12].  Therefore, the chargeable rate of (for example) specialist UK counsel or UK solicitors may be greater than that which could be recovered by a Jersey lawyer.

The three groups of Plaintiffs in the matter of FTV & Ors v ETFS & Anor, sought costs of nearly £11 million[13] in relation to pursuing a substantial shareholder dispute to a trial which lasted 4 weeks ("FTV Legal Fees Case").  Notwithstanding the Court found the Plaintiffs 'failure[d] on the majority of their pleaded case' the Court awarded them 50% of their costs on the standard basis, taxed if not agreed[14].  As the First Defendant (ETFS) was ordered to bear its own costs, the Plaintiffs (collectively 35% shareholders of ETFS), bore a share of those costs too as those costs were factored in to the calculation of the value of ETFS[15].

On the Plaintiffs' argument that their costs were proportionate, the Court's view was[16]:

"… Bearing in mind the difference between what the Plaintiffs ‘recovered’, in terms of the sum that Mr Tuckwell will need to pay to purchase their shares and what he was prepared to offer (the difference between Mr Tuckwell’s offer at trial, and the sum effectively awarded by the Royal Court ranges from $44.23m to $56.64m, depending on the valuation of the portfolio companies), legal costs incurred by the parties exceeding £17 million (£11 million for the Plaintiffs) may not necessarily be described as ‘proportionate’."

Initially, for the purposes of the contested costs hearing, none of the foreign lawyers' chargeable time had been calculated at the applicable Jersey rates[17], but when the Plaintiffs resubmitted the costs having applied the Jersey rates (but at B1 and B2 of both 100%) the costs were reduced by almost £1,500,000.

The Court was also surprised at the assertion by the Plaintiffs that both the B1 and B2 uplifts were applied at 100%[18] stating: 'That may be appropriate for some of the trial work but perhaps not for all work done'[19].  There was nothing approaching exceptional about certain aspects of work done in the proceedings, which were, ostensibly an application for just and equitable winding up or a buyout in the alternative. The standard 35% and 50% relevant uplifts for B1 and B2 would have been appropriate in the circumstances, and would have reduced the amount sought by the Plaintiffs a further £1,500,000.

The Court was critical of the Plaintiffs' contention that there was unlikely to have been any duplication between the lawyers acting, describing it as an 'optimistic assertion'[20]. Each of the three Plaintiffs had instructed their own on-shore law firms, but just one firm of Jersey advocates.  One Plaintiff onshore firm clocked up almost as many hours as the Jersey advocates, and their bill of costs was more than £500,000 higher.  The Court emphasised the need to be cautious when approaching the Jersey costs scheme, and went so far as saying:

"... Mr Tuckwell may, as will be his right, object to the costs of the entirety of the sums billed by the said [Plaintiff] firms"[21].

The FTV Legal Fees Case clearly demonstrates that the Royal Court is alive to the need to accommodate the assistance given by onshore law firms to local ones, particularly for large scale litigation.  However, onshore firms need to be cognisant that their fees will typically be pegged to the current Jersey charge rate unless a case can be made for certain specialised assistance being required as a result of not being available in Jersey, and the Court will scrutinise any bill of costs to ensure that the correct factors are being applied and that there is no duplication between the firms. 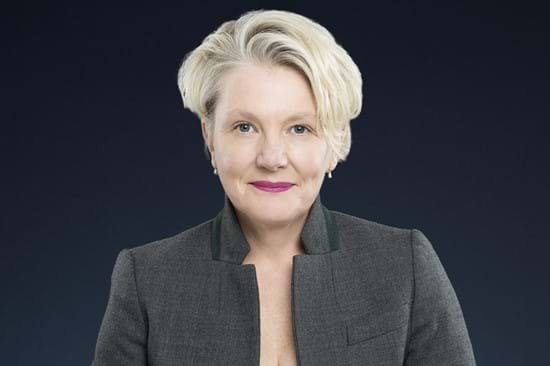