Some 15 years ago, legislation was introduced in Jersey to enable the registration of Jersey limited liability partnerships ("LLPs"). Since that time, no LLPs have been registered in Jersey. The main reason for this was due to the statutory requirement for an LLP to maintain a bond or similar financial provision of at least £5 million (a "bond") in order to provide creditor protection on the winding up of the LLP.

With effect from 17 January 2013, an LLP is no longer required to maintain such a bond. Instead, the Law now prohibits the withdrawal by any partner of property of the LLP ("property" is widely defined and includes a share in partnership profits), unless the LLP gives a prescribed form of solvency statement within a 12 month period before any such withdrawal. Essentially, the LLP must be satisfied, in its opinion having regard to its prospects, business intentions and financial resources, that it will be able to continue its business and meet its liabilities as they fall due for a 12 month period.

In summary, an LLP has separate legal personality as distinct from its partners and is not a body corporate. It must have at least two partners who (a) intend to carry on business with a view to profit, (b) contribute their effort and skill to that business as agent for the LLP and not for the other partners and (c) agree to share the profits of and interests in the property of the LLP between themselves. An LLP is managed by its partners in accordance with its partnership agreement and at least one partner must act as a "designated partner". The role of the designated partner is to carry out certain statutory administrative and filing duties; for instance, notifying the registrar of LLPs of any change in the names and addresses of the partners of the LLP (including by way of an annual declaration). An LLP is now treated as a tax transparent vehicle and its non-Jersey resident partners are not subject to income tax on gains or profits deriving from their international activities as a partner of the LLP.

A partner (or former partner) in a Jersey LLP has limited liability and is not liable for LLP's debts or liabilities, except in certain circumstances where property of the LLP is withdrawn by that partner. In summary, these circumstances include where the LLP (a) fails to give a solvency statement before any such withdrawal, (b) gives a solvency statement without having reasonable grounds for the opinion stated therein, or (c) was at the time of, or becomes as a result of, such withdrawal, unable to pay its debts as they fall due. Further, the LLP is able to claw back any property of the LLP withdrawn by a partner, if such withdrawal is made other than in the ordinary course of the affairs of the LLP and within a period of 6 months before the time the LLP became unable to pay its debts as they fell due. In each instance, the liability of the partner (or former partner) is limited to the amount equal to the value of the withdrawn property. An LLP, therefore, has an advantage over, firstly, an ordinary partnership as LLP's partners will have limited liability and, secondly, over a limited partnership on the basis that an LLP does not need to have at least one (general) partner with unlimited liability.

An LLP now presents an attractive option for businesses structured as ordinary partnerships as well as offering an alternative vehicle for use in global investment and holding structures. The LLP compliments the existing range of investment vehicles available in Jersey and ensures that Jersey remains competitive within the international market place in meeting investor expectation.

Bedell Cristin together with its associated company, Bedell Trust Company Limited, provides assistance in the registration of Jersey LLPs, their ongoing administration and the conversion of existing partnerships to LLPs. For further information or for a copy of our briefing on the above regulations and principal features of a Jersey LLP please contact Martin Paul, Richard Le Liard or Stephen Ferguson. 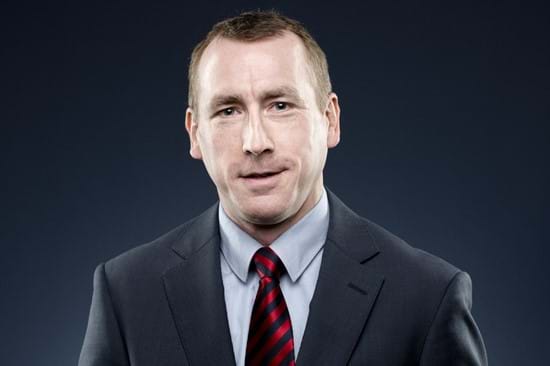