Jersey is a particularly appealing and convenient jurisdiction for families wishing to establish private wealth structures. Many have existing connections to the UK, and Jersey's flexible and robust legal framework is ideally placed for addressing their asset protection, wealth preservation and succession requirements. It is therefore now more important than ever to understand how their religion and domestic laws can impact their wishes.

About a quarter of the world's population follow the religion of Islam. Many of them live in the Middle East, but a large proportion of them also live in Southeast Asia and Africa. A feature of Sharia law (being the law that is followed by those of an Islamic faith) is that it governs the inheritance of a person. Therefore, upon the death of a Muslim, Sharia law requires the deceased person's estate to be apportioned among certain close relatives in definite fixed shares. In the western world, this concept is known as "forced heirship", being a set of rules which restrict a testator’s freedom to choose how his or her assets will be handled and distributed both during his lifetime and upon his death.

Some families may wish to have more flexibility over how the family assets are shared amongst family members as opposed to being bound by strict Sharia law principles. In this article, we will explore whether this is possible. Specifically, we will consider how Jersey trusts law would seek to address forced heirship principles where they conflict with the way assets are distributed under a Jersey law trust.

Under Sharia law, a person only has testamentary freedom for up to a third of their estate. Therefore, they can only give away up to one third of their estate by will. In respect of the remaining two thirds, there are very precise and detailed rules for the division of inheritance amongst their blood relatives, including for example a son taking twice the share of a daughter.

Forced heirship is not uniquely a matter of Sharia law, but applies in most civil law jurisdictions. However, a key difference between Sharia and other forced heirship systems is that, under Sharia law, there is no concept of applying the governing law of a deceased Muslim’s domicile to the succession of their estate. Therefore, whereas a non-Muslim can choose the law of their home country to govern the succession of their estate, this is not possible for Muslims who consider themselves (as a matter of their religion) to be governed by the law of Sharia.

There are differences in inheritance law depending on the particular Sharia school of thought (for example, there are some differences in the Shia rules and the Sunni rules). But regardless of these differences, passing wealth down freely to family members in a flexible manner remains problematic when general Sharia law principles strictly mandate how this is to take place.

How can a Jersey trust provide flexibility?

Article 9 of the Trusts (Jersey) Law 1984 (the "Law") sets out how certain matters pertaining to a Jersey law trust should be dealt with. Specifically, it provides that any question concerning any of the following matters should be determined in accordance with the law of Jersey and no rule of foreign law shall affect such question:

On the question of forced heirship, Article 9(2)(b) of the Law provides:

"any question mentioned above shall be determined without consideration of whether or not…the trust or disposition avoids or defeats rights, claims or interests conferred by any foreign law upon any person by reason of… heirship rights…"

Article 9(4) then provides that no judgment of a foreign court will be given effect to the extent that it is inconsistent with Article 9 irrespective of any applicable law relating to conflicts of law.

The effect of Article 9 (which is commonly known as the firewall provision) is that where a testator who would otherwise be subject to forced heirship provisions settles property on a Jersey law trust, all matters in respect of the trust, including the validity or effect of the transfer of the property, shall be determined by Jersey law. Therefore, provided that the provisions of the trust comply with Jersey law, the trust will be valid, notwithstanding that there might be another law which might conflict with the Jersey law position.

Further, should a third party seek to challenge the validity of the property which has been settled on a Jersey trust, a Jersey court would not give effect to such foreign judgment unless the foreign court has applied Jersey law. Given that Jersey law does not have any specific rules pertaining to the disposition of foreign property, it would be possible for a person to establish a Jersey law trust to meet his wishes, which may not necessarily be consistent with Sharia law principles.

By way of example, a wealthy entrepreneur wishes to find a structure whereby he can divide his assets amongst his sons and daughters equally. Under Sharia law, his sons would benefit two times more than the daughters. However, the entrepreneur wishes to deviate from Sharia law as he regards his daughters as having more potential to take over the running of the business in the long term. He decides to establish a Jersey law trust whereby all his children are discretionary beneficiaries. Further, he sets out in his letter of wishes to the trustee that he would like the trustee to benefit his children equally going forward.

Jersey's firewalls have not been tested specifically with regard to Sharia law forced heirship claims. However they have been shown to be robust in respect of other foreign law claims. For example, the leading case of Mubarak v Mubarak [2008] JRC 136 concerned a long running and bitter English divorce proceedings. The Jersey Royal Court made it clear that it could not enforce a judgment of the Family Division of the English High Court which varied or altered a Jersey trust under the UK matrimonial law. The Royal Court applied Article 9 and confirmed that matters relating to a Jersey trust must be determined by Jersey law.

The case law of other offshore jurisdictions has shown similar firewall legislation to be robust. In the matter of Rothschild Trust Guernsey Limited v Pateras (unreported, May 2011) beneficiaries challenged the existence of the trust and brought proceedings in their home jurisdiction of Greece seeking orders in relation to the assets. The Guernsey court resisted the Greek forced heirship laws, stating that such questions would be determined by the Royal Court of Guernsey and that the trust concerned was regarded as valid under Guernsey law.

Notwithstanding the above, it should be borne in mind that there are some practical constraints which could weaken the protection afforded by Article 9. For example:

In the context of forced heirship, one should consider carefully how to draft the trust documents in order to mitigate the risks we have identified above. Working with legal advisors who have specific expertise in this area will be important to ensure that a settlor's objectives can be fully achieved without risk of future attack.

Please do not hesitate to contact us should you have any queries on this article. 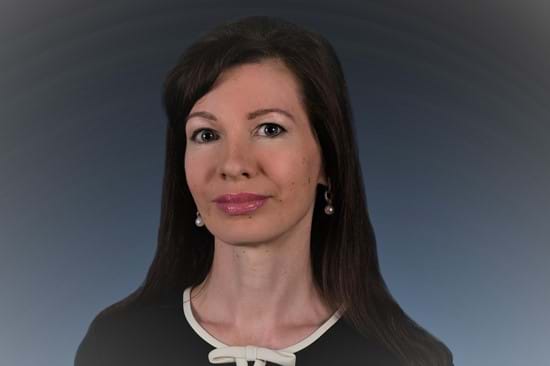