On 5 October 2022, the Supreme Court (the highest appeal court in England and Wales) handed down the long-anticipated decision in BTI 2014 LLC v Sequana SA and others [2022] UKSC 25.

The decision involves a detailed and comprehensive discussion on the extent of company directors' duties to creditors in the context of insolvent companies and clarifies the law on the existence, content and engagement of the common law "creditor duty" to manage companies' affairs in a way which takes creditors' interests into account.

The Supreme Court's decision addresses questions of considerable importance for company law both in England and Wales and in Commonwealth jurisdictions. In particular, the decision is an important development for Cayman Islands law since decisions of the Supreme Court are of highly persuasive authority for the Cayman courts.

The decision is a welcome clarification of the law in this area and it will undoubtedly have a significant impact on current and future proceedings brought against company directors arising from their conduct of the affairs of companies that subsequently become insolvent.

In May 2009, the directors of a company called "AWA" caused it to distribute a substantial dividend (the "May Dividend") to its only shareholder, Sequana SA ("Sequana"). The May Dividend extinguished almost all of a larger debt that Sequana owed to AWA. At the time that the May Dividend was paid, AWA was solvent on both a balance sheet and a cash flow basis. However, AWA had long-term contingent liabilities of an uncertain amount and an insurance portfolio that was uncertain in value. There was a real risk that AWA may become insolvent in the future. Although, it was determined in the lower courts that insolvency was not imminent or even probable.

Almost ten years after the distribution of the May Dividend, AWA went into insolvent administration. BTI 2014 LLC ("BTI") as assignee from a creditor of AWA which had suffered loss as a result of AWA's insolvency brought claims for breach of duty against AWA's directors seeking to recover the amount of the May Dividend. Central to BTI's case was the argument that the directors' decision to distribute the May Dividend amounted to a breach of the creditor duty because the directors had not considered the interests of AWA's creditors and the circumstances were such that they ought to have done.

The Supreme Court unanimously dismissed BTI's appeal. All members of the Court were in agreement that AWA's directors were not under a duty to consider or act in accordance with the interests of creditors at the time when the May Dividend was distributed.

Does the creditor duty exist?

The Supreme Court held that the creditor duty exists at common law as a "modification" to section 172(1) of the Companies Act 2006 (the "2006 Act") which requires directors to act in the way that they consider, in good faith, would be most likely to promote the success of the company for the benefit of its members as a whole.

In affirming the "creditor duty", the Supreme Court held that the duty has a coherent and principled justification since creditors always have an economic interest in the company's assets and that the relative importance of that economic interest increases where the company is either insolvent or nearing insolvency. It was held that in those circumstances, company directors should consider the company's creditors' interests and seek to avoid prejudicing them.

Under Cayman Islands law, the creditor duty under the common law also exists.

Can ratification of a transaction by shareholders prevent the creditor duty from arising?

The Supreme Court held that the shareholder authorisation or ratification principle does not prevent the recognition of the creditor duty. In other words, where the directors are under a duty to act in good faith in the interests of the company's creditors, the shareholders cannot authorise or ratify a transaction that would constitute a breach of the creditor duty. The reason being that there can be no shareholder ratification of a transaction entered into when a company is insolvent or, alternatively, where the transaction itself would render the company insolvent.

Does the creditor duty apply to a decision to pay an otherwise lawful dividend?

The Supreme Court held that the creditor duty can apply to a decision by directors to pay an otherwise lawful dividend for two reasons. The first is that the creditor duty is a common law duty that is recognised by section 172(3) of the 2006 Act and it is not excluded by Part 23 of the 2006 Act.  The second is that whilst Part 23 identifies profits available for distribution on a balance sheet basis, it cannot be the case that directors of a company that is cash flow insolvent could lawfully distribute a dividend.

In the Cayman Islands, the applicable legislation prohibits the payment of a dividend out of the share premium account unless immediately following the date that it is paid the company is cash flow solvent. The legislation is silent in respect to payment of dividends out of profits so this Supreme Court decision would need to be considered where that has occurred.

What is the scope of the creditor duty?

When is the creditor duty engaged?

This is the critical legal issue that the Supreme Court determined and the one that is likely to have the most practical significance for litigants in future proceedings.  The majority of the court held that the creditor duty is engaged when the directors know, or ought to know that: (a) the company is insolvent, or (b) the company is bordering on insolvency or (c) that an insolvent liquidation or administration is probable. In doing so, they applied a broader interpretation of when the creditor duty is engaged than the Court of Appeal had done.

However, Lord Reed and Lady Arden reached different conclusions on when the duty is engaged. They agreed with the majority judgment that the creditor duty applies when the company is insolvent or bordering on insolvency, or when an insolvent liquidation or administration is probable. However, in the absence of full submissions on the point, they explicitly left open the question of whether it is essential that directors know or ought to know whether that is the case.

Whilst the Supreme Court noted that the interpretation of whether directors have acted in accordance with the creditor duty will always turn on the facts, this decision stresses the importance for directors to be increasingly mindful of creditors' interests as against other stakeholders (including shareholders) in circumstances where a company's financial position is becoming more precarious and, in such circumstances, to avoid acting in a way which prejudices creditors' interests.

The extensive consideration of the previous line of case law means that cases concerning directors' duties to creditors are very likely, in the first instance at least, referable to this authority. 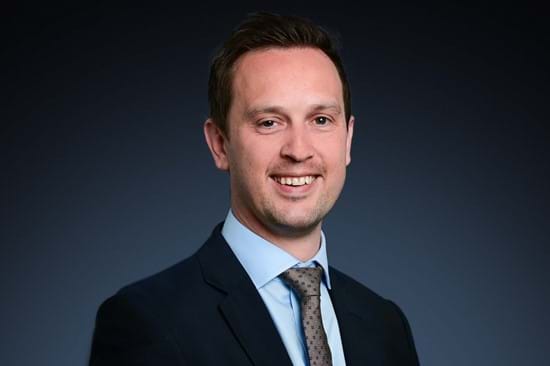