Knowledge London and TISE make their bid for SPACs

SPACs ("Special Purpose Acquisition Vehicles") have continued to be a force to be reckoned with in the corporate world of 2021, primarily in the United States. Here, Bedell Cristin partner, Sara Johns, looks at how the Listing Rules for the London Stock Exchange and The International Stock Exchange have recently changed to put them back in the race for SPACs.

The rush to SPACs

Last year, we looked at the rapid resurgence of SPACs and their growing popularity in the offshore mainstream in this article. Since then, the rise of the SPAC has continued unabated, with SPAC Insider reporting as at 31 August 2021 that 418 SPAC IPOs have already raised over $120 billion in 2021. That's closing on double the number of SPAC IPOs in the whole of 2020 and a significant increase on the gross proceeds of $83 billion raised last year.

To date, this exponential growth in SPAC activity has been seen largely on the western side of the Atlantic where U.S. markets have embraced the SPAC as an agile and increasingly sophisticated alternative to the traditional IPO.

Now, the Listing Rules of both the London Stock Exchange (the "LSE") and The International Stock Exchange ("TISE") have been updated to attract more SPACs to British shores.

Until very recently, London was generally regarded as an unattractive listing venue for SPACs. This was primarily due to the "presumption of suspension" applied by the UK's Financial Conduct Authority (the "FCA") which mandated that, once a SPAC had announced an acquisition target (or details of a prospective target had leaked), the SPAC's listing was suspended unless it provided detailed information about the target to the market.

Although intended to protect investors from disorderly markets, the presumption of suspension crucially resulted in illiquidity for investors during the de-SPAC process. The London Stock Exchange consequently lost out on the big SPAC rush of 2020/2021, particularly to its competitor exchanges in New York, Amsterdam and Paris which allowed trading in SPAC shares to continue as the acquisition process played itself out.

It was this key disadvantage that the FCA recently addressed in changes to the London Listing Rules. The changes, which became effective on 10 August 2021, removed the presumption of suspension for larger SPACs with structural features that embed important investor protections. In order to qualify for the removal of the presumption of suspension, a SPAC must meet the following criteria:

By implementing these changes, the FCA has put London on a more equal footing with its main competitors and has made the London Stock Exchange a more attractive proposition for SPAC sponsors and their investors.

TISE is recognised as a leading offshore exchange and provides a listing facility and a market for companies to raise capital from international investors based on a bespoke trading platform. Issuers are attracted to the TISE because of its competitive pricing, speed, ease of process and flexibility, and take comfort in the international standards of regulation and its wide international recognition.

In line with its progressive reputation, TISE has also recognised the need to refresh its approach to SPACs to keep pace with developing market trends. On 16 August 2021, it announced the following key changes to its SPAC listing regime – changes which have been introduced with a view, in particular, to attracting SPACs aimed at a sophisticated institutional investor base:

Bedell Cristin's cross-jurisdictional corporate team has extensive experience advising prospective and existing offshore issuers with listings on exchanges around the world. The team also has considerable expertise in matters related to the TISE, having acted as sponsor and/or adviser to a significant number of TISE-listed clients for many years.

Please contact the author or any of our other key contacts for more information on any of the topics covered in this briefing. 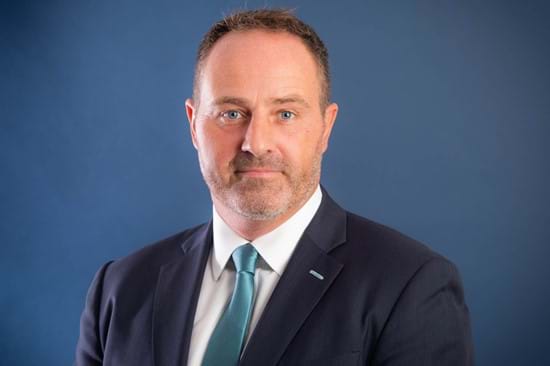