The media is full of reports about vaccine passports and how they are going to open up our lives again and restore a degree of normality. Frankly, after the last 12 months, if vaccine passports provide a route out of the pandemic, whether you are a government, a company or an individual, what's not to like? Possibly quite a lot.

Let's start with the science. Or rather the non-science. Until the beginning of March 2021, European countries were denigrating the Oxford-AstraZeneca vaccine ("almost ineffective" was how President Macron described it) and their citizens were refusing to have it; yet on 4 March 2021, Italy refused an export licence of 250,000 doses to Australia, and President Macron suddenly decided that he (and his fellow citizens) would be happy to have the Oxford vaccine. Hero to zero and back to hero in less than a month. And that rather provides the context for any debate about vaccine passports.

The science, and the commentary around the science, are extremely fast moving. I think it is far from clear what exactly an individual's vaccine status means beyond them being less likely to get the disease and less likely to be hospitalised if they get it. As an eminent panel of expert scientists noted in a report published by the Royal Society in February 2021 "vaccines can provide a high level of protective immunity against the Covid-19 illness… Vaccines are likely to be less effective in preventing infectiousness and transmission, but there are presently limited data to determine how much less". Before we endorse vaccine passports, we need to understand what a person's vaccination status actually means.

Put simply, if, as the studies suggest, vaccines have a 70% to 95% efficacy, the vaccine status of between 5% and 30% of those vaccinated is wholly irrelevant, and we do not know who those people are. Similarly, it is wholly unclear at present whether everyone's vaccine reaction is identical and it is not inconceivable that some form of additional antibody test might be required before a passport could be issued to show that an individual actually has the immunity they hope to have.

Moreover, until we know (in the case of each vaccine and combination of vaccines) how long vaccine protection lasts and over what period the protection wanes, vaccine passports may just be a populist soundbite.

Governments too are vacillating. Despite vaccination being almost universally trumpeted as the way out of the pandemic, no country has yet mandated nationwide vaccination, or made it a criminal offence not to be vaccinated without a reasonable excuse. Let's put that into context from a Jersey perspective - the States of Jersey evidently think that picking roadside flowers, failing to keep adequate tax records, and littering (all of which are criminal offences) are more socially unacceptable than not having the Covid-19 vaccine.

Further, governments generally have not even tried to articulate what the consequences of vaccination, or rather non-vaccination, might be. And it is not as though any of this is new. In Australia, in 2015, "no jab no play" became a policy whereby benefits were withheld for parents of children who were not fully immunised against measles and fines were imposed on childcare centres that admitted unvaccinated children. Similarly in France and Italy, a "no jab no school" policy was introduced in 2017 when the MMR vaccine was made compulsory before children could start school.

The reasons behind the lack of enforcement by governments may be varied, and linked in part to the science, the patchy progress and the discriminatory nature of vaccine roll out through populations. There may also be a concern that it would be counterproductive to mandate vaccination when so much of our response to the pandemic to date (and in the future) has been (and will be) based on mutual social responsibility. That said, this stance may well change as the roll out progresses and the science evolves.

In the meantime, individuals, employers and businesses should be very careful before entering areas where governments fear to tread. Discrimination laws are there to protect all of us from "less favourable" treatment, or even different treatment, in a variety of situations, simply because of the way we look, our age or because of some other, unjustifiable, basis1.

Vaccine roll out in Jersey is, in the main, based on age so there is an inherently discriminatory element to the use of vaccine status for anything at present.

In addition, disability is defined as a "long-term physical impairment" and there is no reason why this could not include not having Covid-19 antibodies or immunity. Excluding unvaccinated people from premises, shops, jobs, sports, education and any other goods, facilities and services could be unlawful direct discrimination. Failing to make reasonable adjustments to allow them to access these things would be indirect discrimination. But that is only one side of the equation. Employers and business owners have duties to ensure that their premises are safe for other employees and customers and having an unvaccinated, super-spreader on the shop floor is not going to achieve this. We are all going to have to pick our way carefully between these competing interests and deciding how we, as a society, identify and deal with those people who do not have the appropriate level of immunity is going to be a challenge.

"Reasonable adaptations" may hold the key and, as with travel, vaccine status may reduce, but not remove, the need for tests or quarantine; it may inform the grade of PPE required; or it could be used to encourage pro-vaccine behaviours (in the US, Covid-19 rules for the traditional university spring break were recently relaxed for students who had been vaccinated, which naturally increased the take up amongst students).

"No jab no job" looks a little way off but it is not inconceivable that it would be appropriate once science and society have got to grips properly with what it means to be vaccinated and, indeed, not vaccinated. Until then, we are all going to be feeling our way though some rather difficult legal and ethical issues (and I haven't even started on the data protection issues!).

Please see our separate briefings on Data protection and Covid-19 – a sporting chance and Passing on fines for GDPR breaches.

This article was first published on Bailiwick Express, April 2021.

1 Race, sex, sexual orientation, age and disability are all protected characteristics under the Discrimination (Jersey) Law 2013. 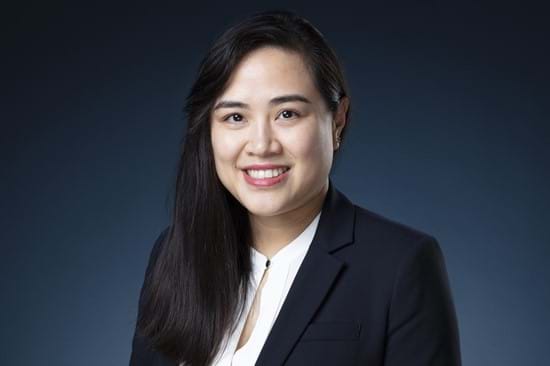